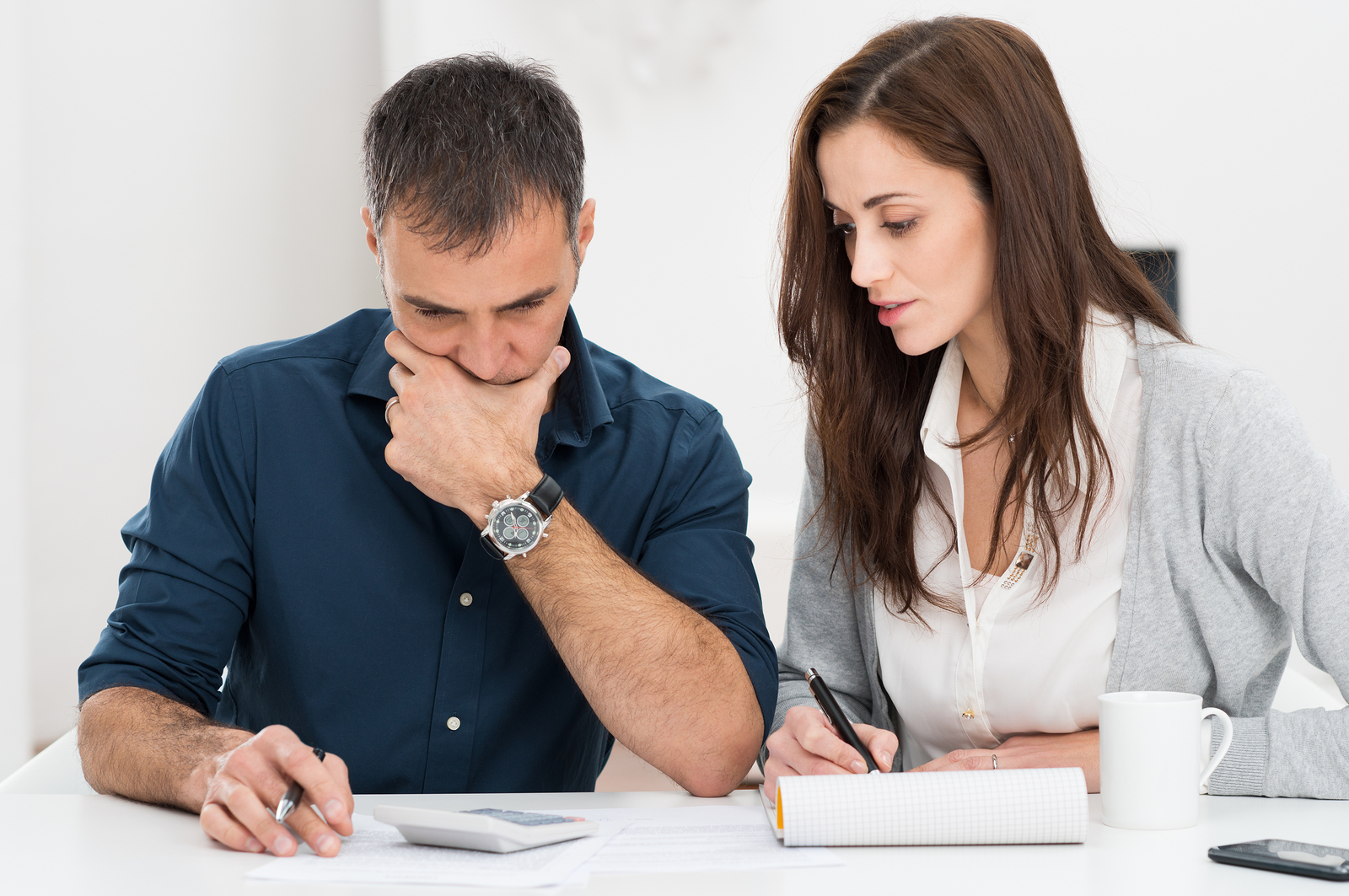 How To Buy a Car After a Bankruptcy

Even if your finances have hit the skids and you’ve landed in bankruptcy court, it doesn’t have to mean you need to put the brakes on buying a car.

“Lenders lend to people in bankruptcy all the time,” though interest rates could be sky high, says Edward Boltz, a bankruptcy attorney in Durham, North Carolina, and president of the National Association of Consumer Bankruptcy Attorneys.

The key to buying a car after a bankruptcy, experts say, is to shop around for an auto loan, just as you would if you didn’t have that black mark on your credit report.

When you’re just emerging from bankruptcy, “you’re likely to agree with just about anything they’ll give you. But you shouldn’t just take the first offer you get,” warns Chris Kukla, senior vice president at the nonprofit Center for Responsible Lending.

A study by the center found that in 2009, consumers paid $25.8 billion in extra interest over the lives of their loans due to inflated interest rates, according to Kukla. Those who paid exorbitant interest rates were more likely to fall behind on their loans and eventually have their cars repossessed.

But your situation doesn’t have to be that grim. If you’ve had a good track record paying previous car loans or your financial issues stemmed from uncontrollable events, you may very well be able to finance your vehicle through a lender such as a credit union, says Phil Maniaci, senior vice president of CU Direct Corp.’s CUDL Automotive, which administers the largest auto lending service network for credit unions.

Unlike megabanks, credit unions are generally located in the communities that they serve, so those managers understand the vagaries of the local economy, such as a city where a major factory closed, leaving workers unemployed, Maniaci says. Because of that familiarity, “they’re a little more flexible on auto loans.”

Bankruptcy has often been seen as a tactic of those who are financially irresponsible, but unforeseen hardships such as medical bills and divorce often drive people into bankruptcy court.

The situation has been exacerbated by the Great Recession, when unemployment peaked at 10 percent in October 2009. Although the rate had dropped to 7.6 percent in the summer of 2013, many people have wound up in jobs making far less than they once earned. And it’s not unusual for people to be out of work for a year or more.

The recession officially began in December 2007, and since that time, more than 7 million consumer bankruptcies have been filed, according to the American Bankruptcy Institute. Some cases involve a single individual, while others involve couples.

About 70 percent of those who file bankruptcy choose Chapter 7, so most of their debts are erased in a matter of months, but it can stay on their records for up to 10 years.

Most others opt for Chapter 13 in a bid to save their assets. They wind up paying all or part of their debts, and the process can take up to five years. And even when they’ve completed the process, it can stay on their records for up to seven years.

Because Chapter 13 cases can take so long, it’s not unusual for the person involved to need a new car during that time. And the bankruptcy trustees who oversee cases understand that.

“It’s really not hard to get new debt, particularly if you need it,” says Henry Hildebrand III, a Chapter 13 bankruptcy trustee in Nashville, Tennessee. As a bankruptcy trustee, he must approve auto loans or other new debt a consumer wants to take on while in the midst of bankruptcy proceedings.

Although a trustee is likely to approve your getting a new auto loan, don’t expect him to sign off on a new Mercedes or Jaguar. You’re more likely to get the green light to buy a used vehicle below a certain price, such as $20,000, and the maximum interest rate could be capped at rates such as 15 or 18 percent.

The longer you’ve been out of bankruptcy, and the more you’ve been able to put your financial house in order, the better chance you have of landing a decent interest rate, Mark says. “There’s more time to heal some of the wounds, not just with time but with good behavior” in paying other debt.

Because your vehicle serves as collateral for the loan, “a car loan might be one of the best credit builders post-bankruptcy,” Mark says.

Maniaci says if you’re applying for an auto loan, lenders focus on your history of making car payments and mortgage payments. Your track record for paying on your current vehicle carries the most weight. Lenders’ focus on mortgage payments has slipped a bit in recent years, given the foreclosure crisis and the fact that so many houses are underwater.

Lenders will look at whether you’ve missed a payment or two on your current car loan and are now back on track, and if an uncontrollable incident, such as a job loss, impacted your finances, he says. They’ll also consider your income and monthly expenses. If making the monthly payment is considered a financial stretch, they’ll want you to put more money down on the vehicle, minimizing their risk if they ultimately have to repossess it.

If you’re an existing credit union member and you’ve been reliable making payments in the past, there’s a good shot the credit union will give you a second chance, Maniaci adds.

While it may take time and effort to find a credit union or bank that will lend to you, “just because you have a blemish on your credit report doesn’t mean you can’t get credit somewhere,” Kukla says.

But consumers don’t like hearing “no,” and feeling like they’re being judged, he says, so they may be inclined to take the first offer they receive. That’s thrown open the doors for “buy here, pay here” auto dealers, where shoppers arrange financing and make payments at the dealership. These dealers, in particular, can be “very aggressive in marketing to people with credit problems,” Kukla says. But that could be disastrous.

Katie Moore, a financial counselor with the nonprofit GreenPath Debt Solutions, says dealers who offer to sell cars with no credit check and no money down “are really preying on consumers who are uneducated about the process.”

They’re likely to offer sky-high interest rates and lengthy loan terms on older vehicles in order to keep the monthly payments low. But it’s not uncommon for the car to break down, while the buyer is still paying on the loan, Moore says.

Kukla says these kinds of dealerships tend to sell vehicles that have 100,000 miles or more on their odometers. The dealerships typically buy the cars at auction, put a bit of money into them and then sell them for two to three times more than their cost.

The dealers then require a down payment of 25-30 percent of the price. “It’s a huge down payment on a very unreliable car,” Kukla says.

The dealerships also charge interest rates at the high end of what is allowed in whatever state they’re doing business. Each state sets its own interest rate limit. In North Carolina, where Kukla is located, interest rates can reach 29 percent.

And in many cases, dealers won’t even tell you the car’s price, he says. “Most don’t set the price until after they look at your credit report,” Kukla says. Once they do, they’ll offer you two or three vehicles to choose among.

Kukla says about one-quarter of those vehicles end up being repossessed, and then can be sold to the next buyer facing a credit crunch.

To avoid being taken for a ride, Moore recommends that if you’re coming out of bankruptcy, you use public transportation if you can’t afford to pay cash for a vehicle.

Some other ideas come from the National Independent Automobile Dealers Association (NIADA), which includes “Buy Here, Pay Here” dealers among its members. Check with your state attorney general’s office and the Better Business Bureau to see if there are any consumer complaints on file before you do business with a car dealer, suggests NIADA regulatory counsel Shaun Petersen, who previously worked for the consumer protection section of the Ohio Attorney General’s Office.

Also check with friends and family members to see if they can recommend a reliable dealership, Petersen says. Finally, he says it’s imperative to “do your due diligence to find out if a business has a significant number of complaints.” And if there are?